Free-form, constraining, beautiful or supportive – underwear comes in many forms

Underwear has evolved over the centuries. Made in a variety of shapes, styles and materials – you can find every type imaginable, from basic briefs to bejewelled and even edible underwear!

Today we demand a lot from our under garments – quality, comfort and style all big play a part in our choice, but for many years this wasn’t the case.

Here we look at how underwear has changed over the centuries and gain some insights from the ‘Undressed’ exhibition, currently on at the V&A Museum. 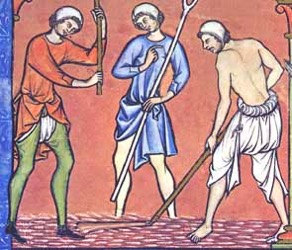 The early days of underwear

The history of underwear began in Ancient Rome, when men and women started wearing an undergarment called subligaculum. It came as either a pair of shorts or a loincloth wrapped around the lower body. Only gladiators and workers wore this by itself. Women also wore a strophium that was tied around their breasts.

During the Middle Ages, the bust was hidden behind straight bodices and high necklines. It was the first time that chemises or shifts appeared and men started to wear braies and hoses, these long underpants resembled breeches, which became very popular in later centuries.

During the 17th century underwear became much more elaborate and in many ways, more constrictive, than before. Around 1600, women start wearing the farthingale, which was a wire or whalebone frame worn under their dress. Silk stockings began to be worn by both men and women. It was around that time that corsets became popular to cinch the waist and project the bust; it was a trend that lasted, shaping cultures and curves all over Western Europe and the Americas.

The 19th century: petticoats and drawers

Petticoats were all the rage in the 1800s. Multiple underskirts were worn under a dress and gave an outfit more body, and some petticoats were hooped for even greater volume. Loose, long knickers (or drawers, as they were called) started to be worn in the 19th century, and men wore similarly free-form but less decorative underpants, sometimes in a combination garment with integral vest.

In the 20th century, undergarments changed completely. With the invention of synthetic fabrics, the first rayon, and later nylon, briefs were produced. And in 1914 the modern bra was invented by Mary Phelps Jacob, who used two handkerchiefs joined by a ribbon. Knickers also became shorter and more fitted, and in 1959, tights were invented.

The Victoria and Albert exhibition

The Victoria and Albert is currently showing “Undressed: A brief history of underwear” until 12 March 2017. The exhibition details iconic underwear and the undergarments that have been influential in history. 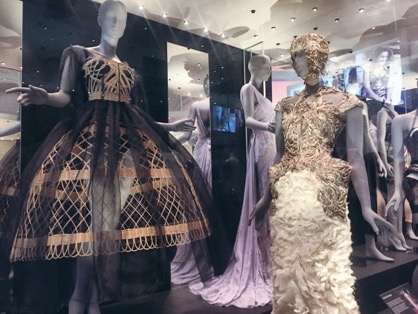 The exhibition offers a unique perspective on underwear, encompassing traditional undergarments, such as chemises, knickers or men’s shorts, but also hosiery and shapewear.

The most pertinent question the exhibition asks is about the relationship between underwear and fashion.

It emphasises how underwear is intrinsically linked to fashion ideals at specific times in history; during the Regency period emphasis was given to the bust, while almost a century later the ideal would be a practically androgynous body. This exhibition highlights the fact that fashion, and what constitutes the ideal body shape, is influenced by cultural and sociological norms.

What do we look for in underwear today?

Ideals have changed regarding the undergarments and their purpose, – in many ways underwear is more multifacetted than ever before: people demand more from their underwear not only in terms of shape enhancement but also quality, comfort and style.

The good news is that for many of us, when it comes to underwear, comfort is a top priority. Although nylon knickers were once the height of fashion, we now know that pure fabrics make for far better undergarments. By using natural fabrics such as silk, cotton and bamboo, you can have underwear that looks and feels fantastic.

Patra’s signature range of natural-fibre underwear is all about comfort – luxurious feeling, all-natural everyday essentials. Crop tops and camisoles, vests and briefs and boxers are all easy to wear and easy to care for.

Made from pure silks and also silk mixes and bamboo-cotton, our exclusive underwear encapsulates warmth without bulk and offers breathability and pure comfort. And because they are all-natural fibres, they are hypoallergenic and ideal for people with sensitive skin.