The evolution and significance of silk manufacturing in Japan

Many parts of Asia and East Asia are well-known for their silk textiles. When we think about silk production, China is usually the country that comes to mind. However, other places, such as India, South Korea, Vietnam and Japan, have long history of producing this sublime fabric. Although we tend to focus more on China’s sericulture production than other countries, in part because of silk’s almost mythical origins and in part due to the sheer volumes of silk that are produced and exported yearly. Yet Japan’s sericulture industry is also important to note. Silk-reeling, and weaving, dyeing and producing led to the rapid modernisation and industrialisation of the country, as well as giving us some incredible works of art; kimonos. So, let’s go back in time and see how silk production evolved in Japan. 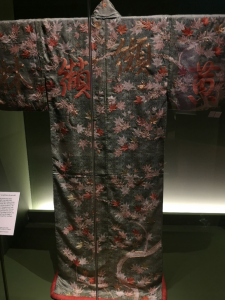 Since its discovery, and for hundreds of years after that, only the Chinese royal family were allowed to wear silk. The secret of making it remained within China for thousands of years, while imperial law meant those who dared to leak their silk secrets could be punished by death. No one is sure how, but eventually silk first reached Japan via the Korean peninsula around the 4th century AD. Some sources claim that silk was brought there by four Chinese girls, while others believe that a Chinese man came to the country carrying with him a cluster of silkworm cocoons. So, it wasn’t long before silk’s popularity surged and became a fabric of choice for a variety of purposes. From kimonos to book-bindings for calligraphy and from wall-hangings to samurai inflatable cloaks, silk was widely recognised as a high-quality fabric.

As it became a luxurious commodity in Japan, every house and farm could raise silkworms and in some cases the government would provide farmers with 20kgs of silkworms to get them started. The women of the farm would, then, ensure the worms would be properly fed with mulberry leaves, while the men were responsible for negotiating and selling the product. Silk production is Japan is full of tradition and rituals. For example, at the end of silk farming every summer the Japanese empress marks with a special ceremony, by feeding mulberry leaves to silkworms, this practice has survived right up to the present day. Raising silkworms privately by no means meant that the quality suffered, as they even developed a way to have coloured silk by feeding the silkworms dyes mixed with ground mulberry leaves! 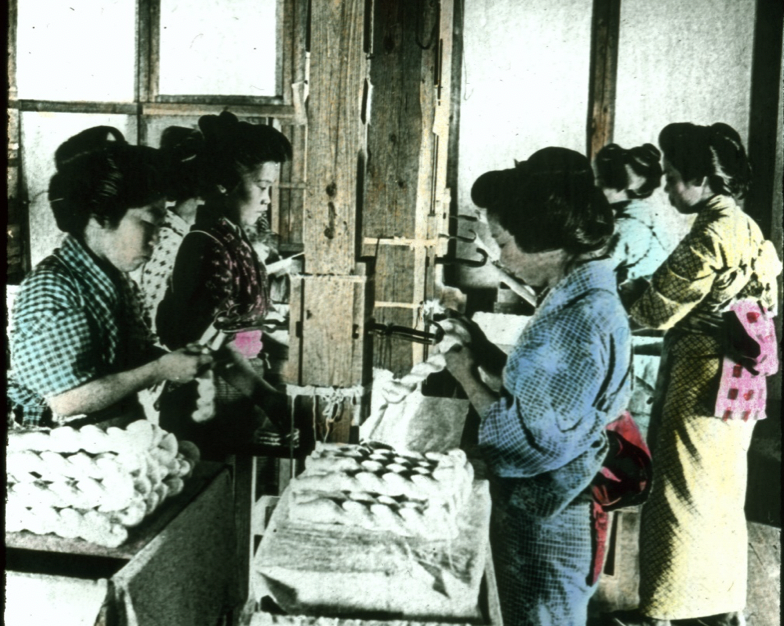 At some point, China and Japan competed with each other in silk exports, and Japan even managed to overtake China in the beginning of the 20th century. By 1905, Japanese raw silk exports exceeded the Chinese, and within a few decades, Japanese silk exports gained dominance in the world market. However, the state of the Japanese economy after the Second World War along with the introduction of synthetics and nylon and cheaper imports from China made the Japanese silk industry almost obsolete. 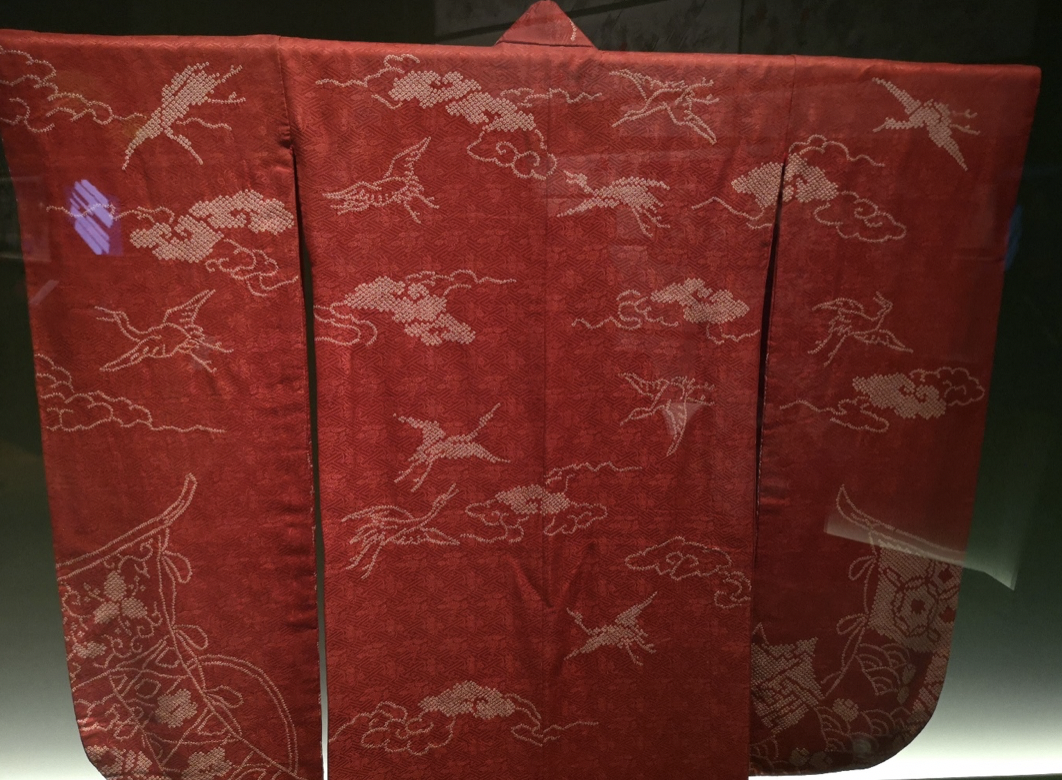 As years (and centuries) passed, the production of silk was industrialised with two main centres in Japan. The first was in Nishijin, a district of Kyoto, and the second in Gunma Prefecture, some 400 kilometres away from Kyoto. Factories in Kyoto produced a distinct type of fabric, called Nishijin ori, which was silk brocade. Nishijin silk became very popular, as it was the preferred fabric for kimonos. It’s no wonder, then, that the place where silk was first developed coincides with where the kimono was born, in Kyoto. Back then Kyoto was the capital of Japan and the home of the Imperial Palace. Gunma on the other hand was where sericulture was industrialised and where a lot of silk factories were operating from.

Japanese started creating this silk brocade over 1,000 years ago. The process it takes to weave is very time-consuming, but it is so beautiful to look at! Due to its expensive nature, kimonos made from Nishijin were only used for state functions or weddings. This silk brocade is heavy due to all the layers of embroidery and its thick threads, so now only obi belts are made of this fabric.

This Japanese silk is also known as silk crepe. Most of the kimonos nowadays are made of this fabric, as this type of silk is light enough and has a wonderful drape. Chirimen can be spun into different forms, such as Kinsha silk, a lighter and finer silk often worn in summer, or Omeshi silk. Kimonos worn by the imperial court are made from Omeshi, a heavier and more luxurious silk, while new ones made from Omeshi silk are extremely rare.

This type of silk is also known as silk noil. Uneven and less lustrous, this silk has a good grip and, so, is used for shawls, scarves or wraps. Time-consuming to make as well, it is a cherished fabric and the more it’s worn, the softer it becomes.

For over 10 centuries, Japanese silk has continued to flourish and played a role in the industrialisation of the country. From imperial court life to little farms, silk was prominent in the daily life in Japan and was even important in the trade relations of the country with the West.

Many of our items at Patra have been influenced by Japanese silk production, we make garments made from Noil Silk and our dressing gowns have definitely taken some inspiration from the Kimono. This is the beauty of what Japanese silk making has done; it has given the world the chance to experience their unique types of silk and Japanese clothing styles are now enjoyed and replicated around the globe.