A history of silk as currency

We’ve always known that silk is a multifaceted fabric. From high quality clothes to luxurious home furnishings, silk is not only utterly soft but also extremely versatile; an ideal fabric to make your life a little more luxurious. Silk has been used for so many things – from garments and accessories to curtains, throws and pillows. By itself it is is a soft and smooth fabric and when blended with other fibres it becomes even more sturdy and long-lasting. 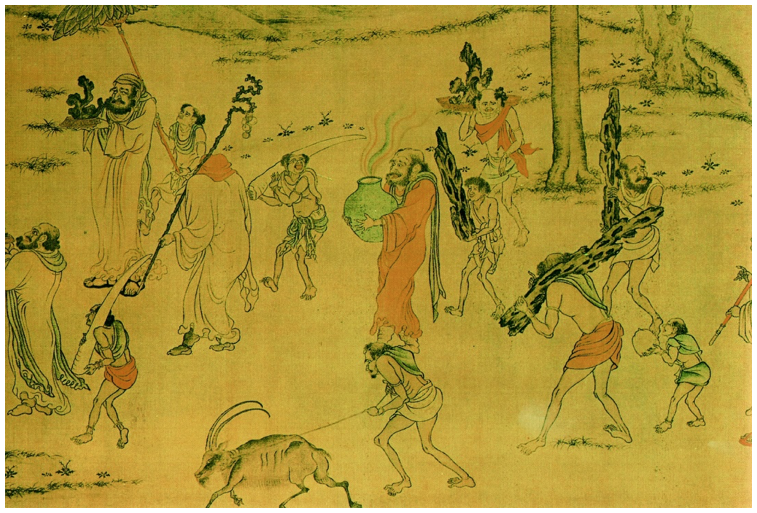 Apart from some of silk’s uses in garments, home furnishings and upholstery, another use which is elusive for most, is that silk was used as currency during the Tang dynasty. In 202 BC the Han dynasty launched the Silk Road and established trade routes into Central Asia and further afield. 800 years later the Tang dynasty developed a complex financial and tax system, which recognised textiles, along with coins, as money. Initially silk was used to make clothing (either functional or ceremonial in nature), hand fans, wall hangings, or decorative screens, it became more of a status symbol. Brightly-coloured embroidered silk was the fabric of choice for the upper classes and helped distinguish them from the plain silk or cotton-wearing lower classes.

As a valuable commodity, bolts of silk measuring 56cm wide were used as a form of currency, especially on foreign trade or as gifts. The silk used in this case was of lower quality than that used for luxury goods or as tribute. Plain, undyed and unadorned, a silk bolt could be used by traders as payment, farmers paid their taxes with it, and even armies received their salaries in it. Royal gifts and tributes were given in silk and that practice was established during the Han dynasty and kept going in the following decades and centuries. For example, in 25 BC, Chinese emperors gave as gift some 20,000 rolls of silk cloth. 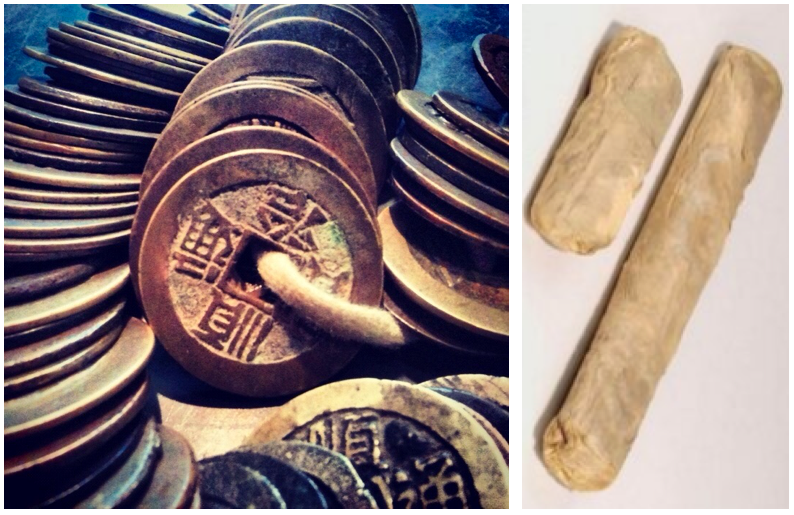 When the Tang dynasty came into power, it inherited the multicurrency system of earlier dynasties, but still tried to unify it. By declaring the coins of previous dynasties and all other coins obsolete, and by creating and circulating a common, standardised currency, the Tang emperors managed to maintain a financial system, based primarily on copper. Not all of the people had access to coins though; copper, let along coins weren’t immediately available for farmers or people living in the countryside. As opposed to people living along the Grand Canal, who had developed a commodity economy and water transport system, in the countryside they only had what they could produce with their own hard work and everything surplus could get exchanged in the market. They directly exchanged fruit, vegetables and even silk they produced for other goods and there was no need to use coins as a medium of value.

In official transactions, there was a way to convert silk into coins and the opposite (if necessary). Under the Tang rule, a silk bolt used in payment in kind would be converted into approximately 600 coins, so its value was safely calculated. We can see that even if coins were the main unit of account, the actual currency in circulation was often bolts of silk. 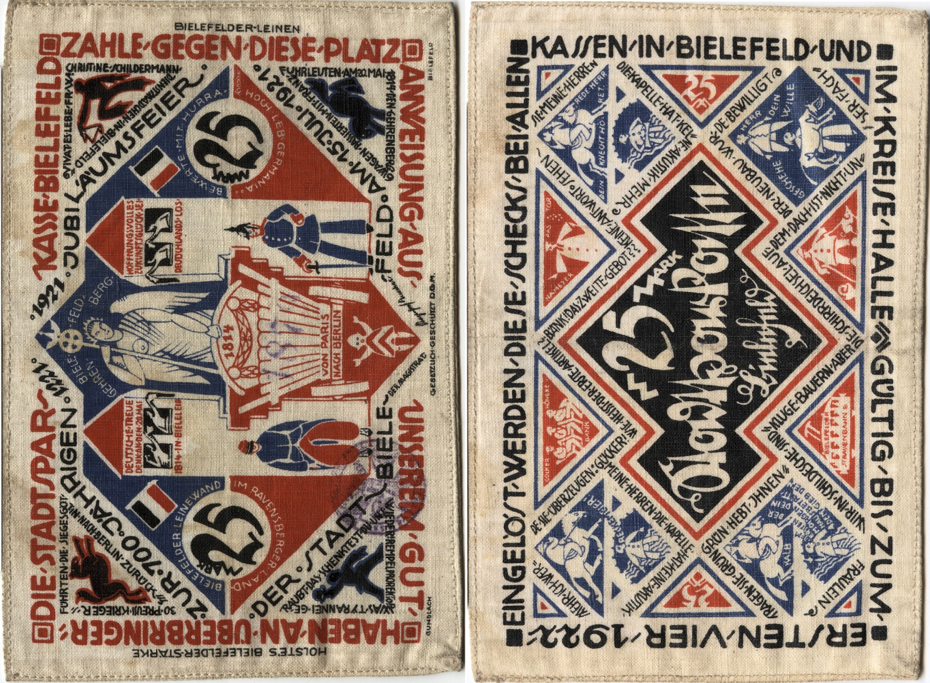 Long after the Tang dynasty, when silk was used in bartering, and in a different part of the world, we have the use of silk as literal money. It was during the 20th century that people actually began printing money on small pieces of silk to use them as banknotes. In Germany, the use of silk money was temporary, fuelled by a local or regional government’s needs or a shortage of paper. In 1923, during the economic crisis, a number of German towns had silk money in circulation as “emergency money”.

The value of silk

From a barter economy to “emergency money” and from China to other parts of the world, the use of silk as money has been a long-standing one. Because its value transcended time, it was easy for people to convert silk to currency. However, when silver came in, silk textiles were put aside and later stopped being used as money. As plain and unembellished as they are, the ancient silk bolts used as currency are fascinating for archaeologists, museum curators and all of us. From antiquity right up to the present day, silk has proven a versatile fabric. From a luxurious fibre and a sign of nobility to a means of financial transactions, its history and uses have been unparalleled!

If reading this has made you want to add a little more silk to your life, check out our range of beautiful silk items