Great underwear really makes a big difference, like dependable friends that you can always rely on. Made of natural fabrics, to ensure ultimate comfort and breathability, undergarments are essential for support and coverage. Right now, there are so many types on the market, but do you know how they came about and where their names come from? The Patra team have created this handy guide on everything you need to know about underwear, so if you are in doubt, check it out! 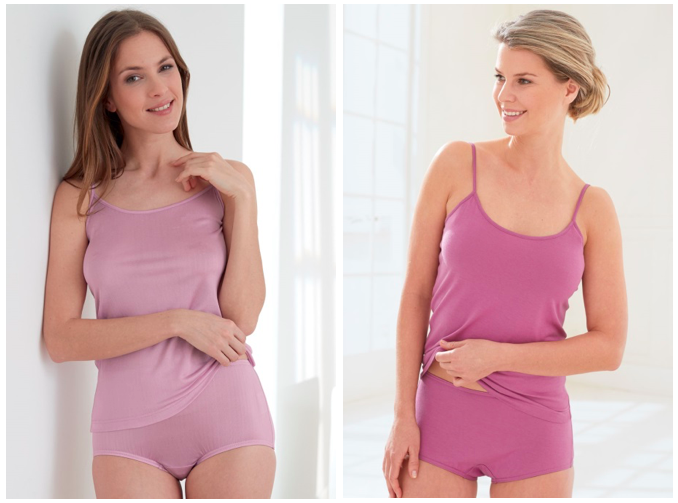 It originates from the French 16th century word “camisole”, meaning shirt or nightgown. During the course of the past five centuries, camisole has also been used to refer to jackets of various kinds, including over-shirts, women’s negligees and sleeve jackets worn by men. Nowadays, the camisole, or cami for short, is just a sleeveless undergarment for women with spaghetti straps, made of silk, cotton or lycra. It was only quite recently that the camisole has been worn as a top as well.

Our pure silk, silk blend and bamboo-cotton blend camisoles are of superior quality and have moisture-wicking properties. They are able to absorb and then release water into the atmosphere. Soft and luxurious, some with a touch of lace, are feminine and practical; ideal for any woman. 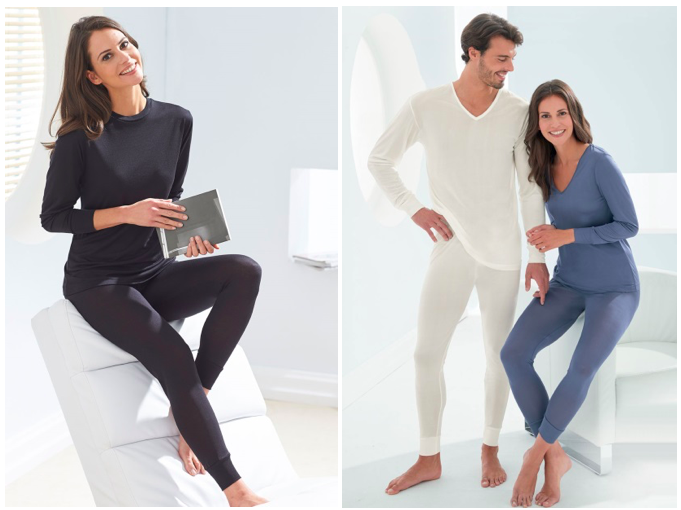 The story behind this name is complicated, to say the least. “Long johns” has supposedly come from a heavyweight boxer, John Sullivan, who used to wear them often. There is also a Derbyshire company, called John Smedley’s Lea Mills that created and have been producing the garment named after Sullivan for the past 225 years. Most probably though “long johns” may well have been a loanword from the French “longues jambs”, meaning long legs. Long johns were first introduced here in the 17th century, but only became popular as sleepwear in the 18th century. As sleepwear or as a thermal baselayer, long johns are an essential part of any wardrobe.

Made of fine fabrics, like pure silk, silk blend and bamboo blend, Patra long johns can be used indoors and outside, when exercising, trekking or simply as loungewear. Lightweight and soft, they are comfortable under regular clothing and provide necessary protection against the elements. Our long johns offer you high performance levels in all weather conditions. 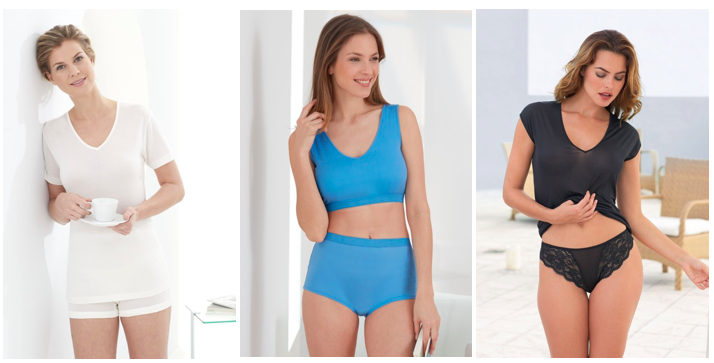 The term ‘Knickers’ came about because of an illustration in a novel called History of New York by Diedrich Knickerbocker, a supposed Dutchman living in New York. In Britain, illustrations for the book showed a Dutchman wearing long, loose-fitting garments on his lower body. When men used to wear loose trousers in sports, they were sometimes called knickerbockers. Soon, women’s underwear was named knickerbockers as well, which in later 19th century was shortened to knickers. Knickers can be made of a variety of materials and fabrics, such as silk, cotton, nylon, Lycra.

Our hugely popular knickers come in a variety of styles, colours and fabrics. With or without lace, large-cut or regular-cut, from silk or bamboo-cotton. Soft and hypoallergenic they are made of ideal materials for those who suffer from allergies or have a sensitive skin. 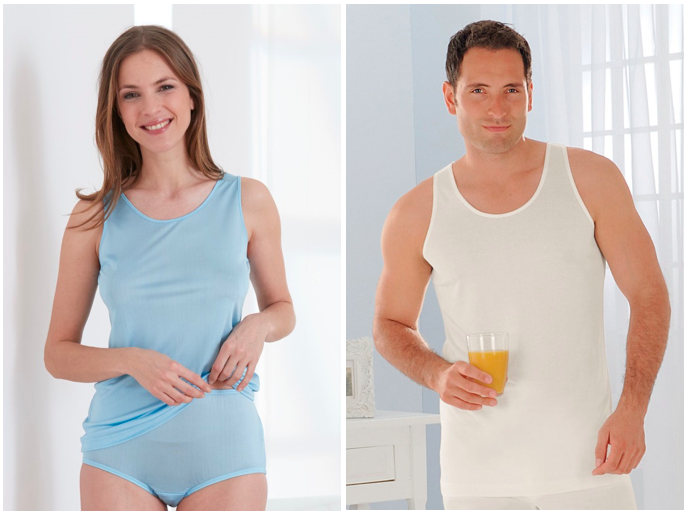 This is one word that has different meanings in American and British English. It means a waistcoat in American and a sleeveless undergarment in British English. The word originally comes from the Latin “vestire”, which means “to clothe”. Originally it was a sleeveless outer garment worn by men beneath their coats, which was introduced by Charles II in a bid to curb in men’s attire at court, which had grown extravagant according to the French mode. Here in Britain, the vest slowly turned into a piece of undergarment and lost all the trimmings and elaborate embroidery that the outer garment was well-known for.

Patra’s range of vests combines functionality and comfort and comes in different styles and fabrics. Soft and luxurious, our vests for men and women are a lightweight option for underwear tops. They are non-irritating to the body and breathable; a perfect solution for people with sensitive skin. Long-lasting and with tensile strength, they can survive a long time with proper care. 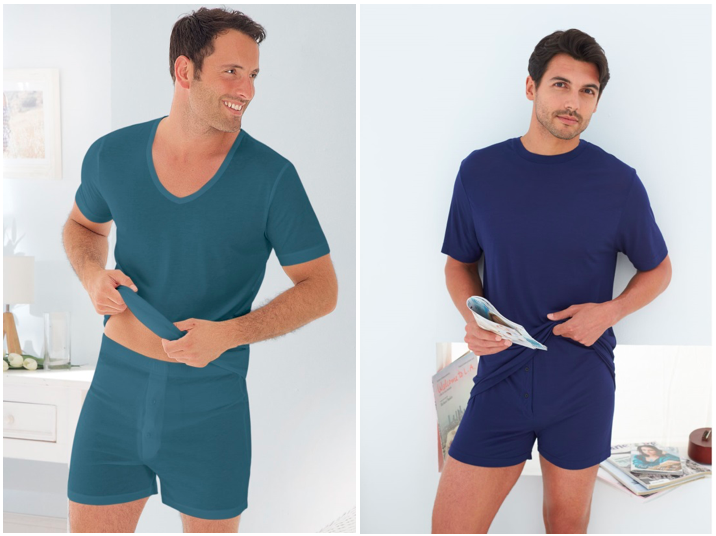 As you can guess, they were named after all-around elastic shorts worn by boxers, for who unhindered leg movement was essential. It all started in 1925, when Jacob Golomb designed these elasticated waist shorts, in order to replace leather-belted shorts that were previously worn in boxing. Boxers can have an open-fly design, with fabric overlapping, or buttons. They are made of various fabrics, including all cotton, cotton blends, silk and satin.

Crafted from high quality fabrics, our boxers are a superior piece of underwear or even sleepwear. Luxuriously soft, breathable and skin kind, our comfortable boxers are a proud part of our collection. 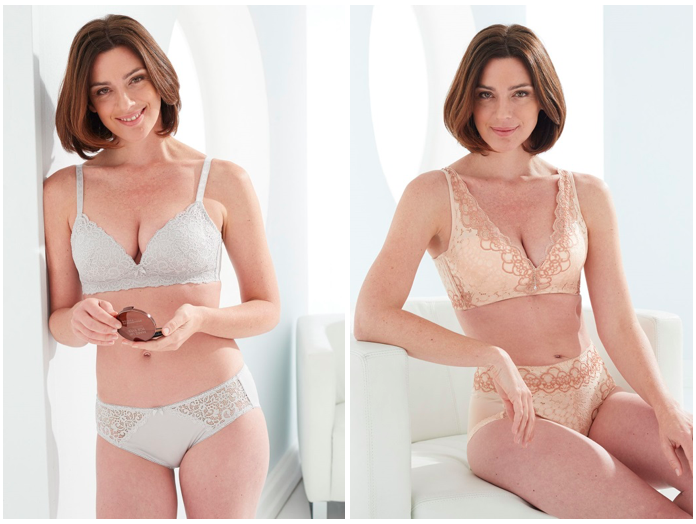 The word comes from brassiere. It has been used in France and elsewhere for centuries, first as a soldier’s arm guard (bras in French means arm) and then it became a term for military breast plate. Later on, the word “brassiere” was used to describe a type of woman’s corset. It was only in the 1930s when “brassiere” was gradually shortened to bra. This type of breast covering and support originates from ancient Greece, but it was Mary Phelps Jacob that developed the modern bra in 1914.

Patra has recently introduced two types of pure silk bras that are sumptuous and feminine. Made of a breathable and hypoallergenic silk fabric, these bras are sophisticated and luxurious. There is nothing better!

It seems that the different types of underwear and the words we use to describe them have crept into the English language from all around the globe. It is also true to say that over the centuries underwear has evolved, incorporating natural fabrics and better designs. Today, we are pleased to say that underwear can really work with your body – offering you all the comfort, support and dependability you need to make everyday a great day.