Patra unravel Dior at the V&A

If there is one designer that helped shape fashion in the 20th century, it is Christian Dior. He re-invented the female silhouette, while his “New Look” (a term coined by Harper’s Bazaar) collection impressed the fashion world so much that ended up defining an era. And if now we have A-line dresses and pencil skirts, we owe it to Mr. Dior for showing us the way!

Dior at the The V&A

Based on the 2017 Paris show Christian Dior: Couturier du Rêve, this is the largest exhibition of Dior outside France. On show until September at the V&A, the Christian Dior: Designer of Dreams exhibition offers a unique insight into Dior; the man, his aesthetics and the work his successors did on evening dresses and haute couture designs. Although it can be said that Christian Dior excelled evening dresses, his other designs, like the Bar ensemble were synonymous with his high fashion sense. 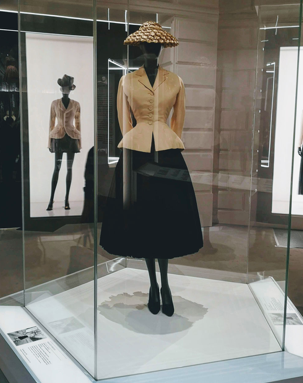 The Iconic A-line and H-line

Two of the styles he created, which are still as relevant today as when they first came out, are his A-line and his H-line. His A-line debuted in spring 1955 and featured a flared jacket over a dress with a full pleated skirt. His successor at the House of Dior, Yves Saint Laurent, who was only 21 years old, gave the style the look we now know: fitted shoulders and a flared bottom part of the dress. It was a modern look that was the direct opposite from dresses of the period before; the austere outfits from the post-war period gave way to voluminous skirts, emphasising an hourglass shape.

Dior’s H-line on the other hand emphasised the length of the leg, making it look more feminine, and less something square shaped. It features a high bust, low waist and relatively straight sides –  resembling the letter H. After inventing the classic pencil skirt, Dior turned to this letter to describe the shape of his new line. Since 1954, the world (and fashion) may have changed a lot, but the principals of these two collections – A-line and H-line – still continue to have global influence. 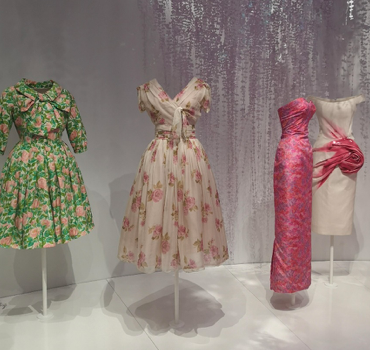 While the delicate florals and the fabrics Christian Dior used are at the heart of the exhibition, you can also see the different styles each of the head designers brought to the House. From Yves Saint Laurent to Maria Grazia Chiuri, all six have given something different to the House of Dior, which is the reason for its continued success over the past seven decades. International stars, such as Margot Fonteyn, Marlene Dietrich and Grace Kelly were huge fans and more recently Jennifer Lawrence and Natalie Portman are Dior aficionados. The V&A exhibition includes their gowns and other memorabilia to view in person.

The genius behind the fashion house

The sold out exhibition Christian Dior: Designer of Dreams sold at the V&A celebrates the artistic genius behind Dior’s designs and also how his identity as an anglophile. He wanted Paris to be the epicentre of fashion in the world. Dior’s agenda to reclaim France’s supremacy cannot be underestimated in this era, just at the end of the Second World War. It explains the importance of his designs and business acumen in terms of the French economy and fashion industry. Dior took the mantle as the spokesperson for the entire Paris couture industry, which is important considering how the industry fared back in the 1940s in relation to the other side of the Atlantic. 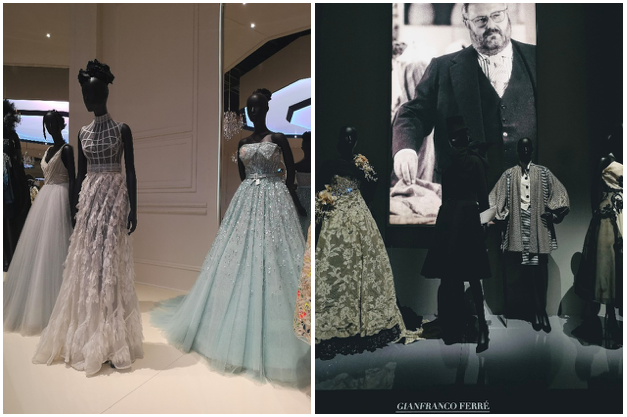 A modern take on classic style

Here at Patra we take inspiration from the haute couture catwalks, but eventually develop our own designs with your comfort and style in mind. Our A-line dresses and skirts and pencil skirt are heavily influenced by Dior, but in a style that is our own. Natural fabrics, like silk, bamboo, linen and cotton, are at the core of our designs, as we believe in sustainability and durability in fashion. Patra clothing offers affordable quality clothing that you can stay comfortable in day and night. 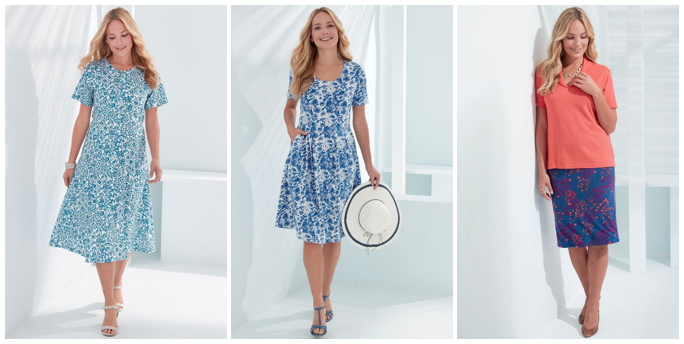