From Dior to Joan Collins: The People that made the Pencil Skirt famous time after time

It is probably the most dependable skirt of all and famed for its ability to show off your figure. For a skirt that is over 100 years old, it has always been a staple in any woman’s wardrobe. We are talking about the pencil skirt, its history and its effect on fashionistas through the decades all around the world. Without further ado, let’s delve into the world of the pencil skirt!

How the pencil skirt got started 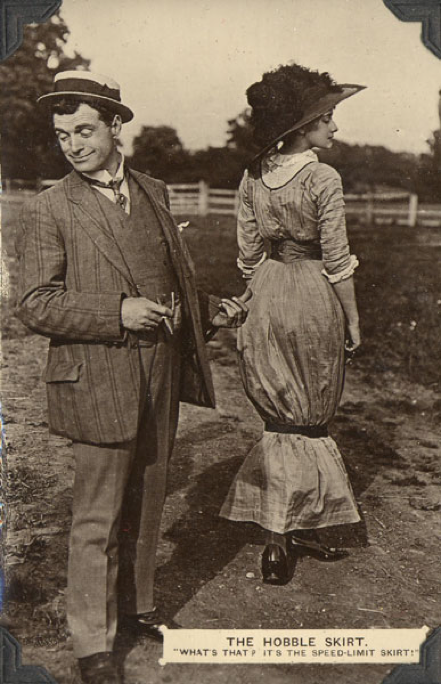 The origins of the pencil skirt seem like a most serendipitous occasion. It all began in 1908 with the first female passenger on an aeroplane. When Wilbur and Orville Wright brought the wife of their associate, Edith Berg, onto their plane, they were worried that her long, billowing skirt might get caught on the machinery. So, they tied a cord around her ankles to help hem her skirt in. The flight was a perfect success, plus it got the world to notice the “hobble skirt”, which is the pencil skirt’s ancestor. It didn’t take long before Paris designers adopted this type of skirt and the style spread from Paris to New York. The “hobble skirt” required practice to walk gracefully and created a wiggle in the walk of the wearer.

In between the first and second World Wars, the style of skirts changed completely. Practicality won over fashion, and the younger generation wanted to set their own trends rather than follow in their parent’s fashion footprints. Flapper dresses and dropped waistlines came into fashion and it seemed that this was the end of the pencil skirt.

However, in 1954 Christian Dior launched his “H-Line” collection and the pencil skirt was rejuvenated. The H-Line was described by Dior himself as “an entirely different line, based on the lengthening and the shrinking of the bust: it is on those parallels forming the tall letter H that dresses, suits and coats are built”. 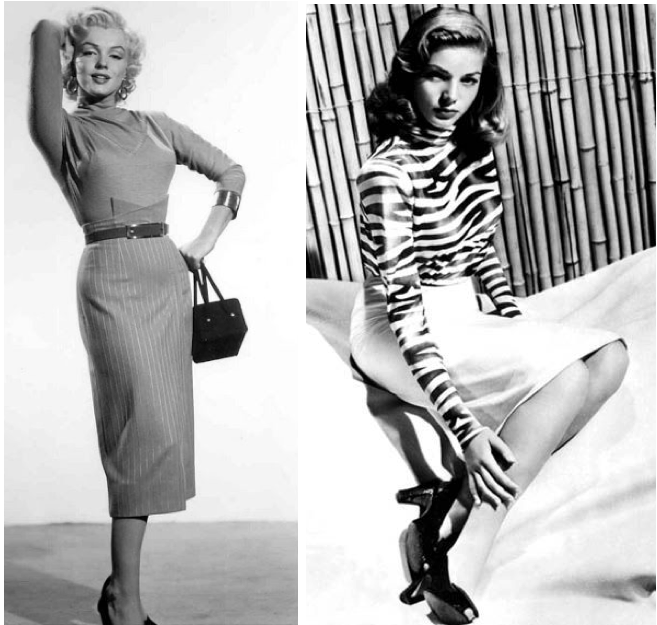 Dior brings the pencil skirt back

Dior’s H collection created a new shape for women and a different way to show off their curves, as opposed to his New Look collection that featured full skirts with nipped-in waists. It was a revolution that women instantly got on board with. This updated pencil skirt still showed off curves without being as constraining as the 1940s version. The new skirt was quickly adopted by Marilyn Monroe and soon became her trademark. As with many trendsetters, once Marilyn started wearing something, plenty of other Hollywood stars soon followed suit. Before long the pencil skirt was seen on the likes of Elizabeth Taylor, Lauren Bacall and Grace Kelly, who embraced a more “preppy” style with cardigans and flat shoes.

The original design for pencil skirts was meant to cling to a woman’s body so tightly that some women had difficulty walking in them, especially if the skirts were over the knee. The little slit in the back of the skirt wasn’t there only to offer a glimpse of leg, but for functional reasons as well. It meant that women could stretch their legs out enough to walk and enjoy life in general. Soon, pencil skirts were worn everywhere, and influenced all parts of life. For example, “the twist” became the dance of that era, as it was the easiest for women wearing pencil skirts to do. Fortunately, though, the skirts got looser as time went on, until the 1960s when another revolution took place.

When Mary Quant first released her mini skirt, it was a shake-up of the traditional values and the expression of the rebelliousness from the younger generation. By 1966, Mary Quant was producing short pencil skirts 6 to 7 inches above the knee and the invention of the pantyhose made wearing the short pencil skirt feasible. However, in the 1970s the pencil skirt was forgotten, as bell bottoms and long, flowing skirts dominated fashion. 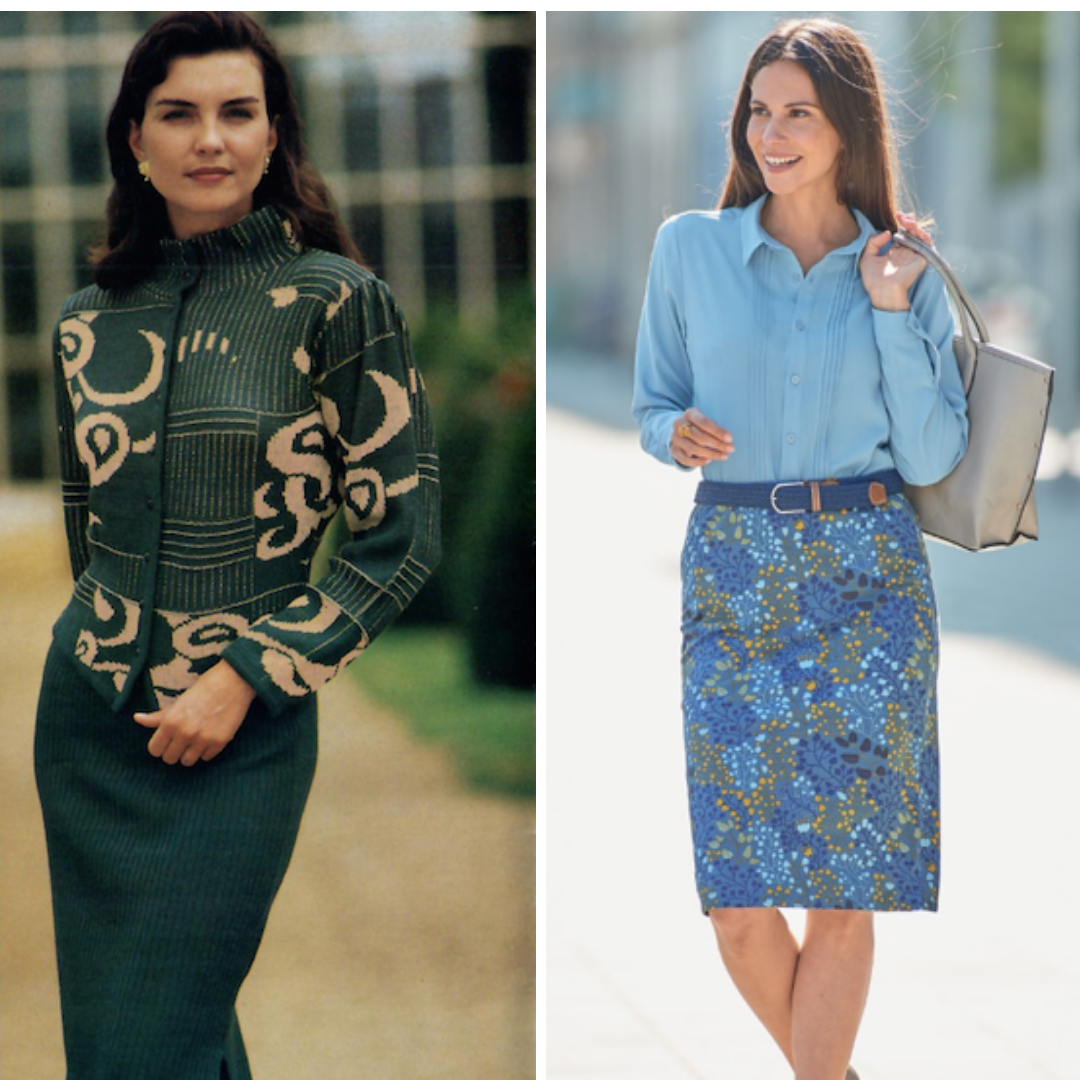 The 1980s to the present day: the power of the pencil skirt

The advent of power dressing in the 1908s meant that skirts surged in popularity once again. They were worn with cropped jackets with huge padded shoulders and nipped-in waists. This combination was indicative of a successful and powerful woman. Just think of Joan Collins in the hit TV programme Dynasty!

After the 1980s, fast forward to the present day when the pencil skirt is worn not only in the office, but also out in the evening. There are even stars who wear a pencil skirt on the red carpet, like Sandra Bullock, Blake Lively and Angelina Jolie.

No skirt can beat a pencil skirt with regards to showcasing a woman’s figure. Patra has had many reincarnations of the pencil skirt over the years, adapting them to reflect the latest styles but always focusing on natural fabrics and comfort. Our latest printed pencil skirt is a must-have for your wardrobe as it absolutely hugs your curves. 100 years old and still going strong; long live the pencil skirt!