The different types embroidery and its history

Embroidery has been around for thousands of years and probably started out as a way of repairing garments. Over time, new stitches and techniques were employed to add decoration to plain fabric or canvas.

Used for everything from religious and ceremonial clothing to home furnishings, elaborate embroidery has often been used to lift plain fabric to something more special. It has also been an intrinsic element of folk art; a tradition that the people of many countries, particularly China, India and Norway, have cultivated and embraced, passing down the methods from generation to generation.

Recently, embroidery techniques have become increasingly more mainstream, turning them the preserve of folk fashion to a catwalk basic. There are two main categories that the multiple embroidery styles fall under: counted-thread – also known as needlepoint or canvaswork – and surface embroidery. 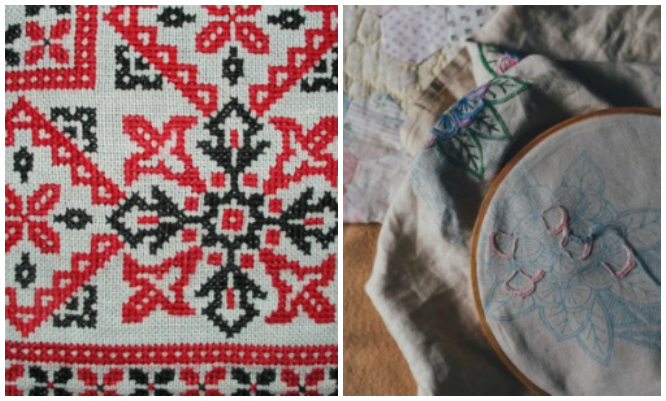 Counted-thread is the most widely known type of embroidery. A pattern is created by counting fabric threads. It can be applied in canvas and other types of fabric – such as linen. When on canvas, it is called canvaswork or needlepoint, and when on linen or silk, the style is called counted-thread. 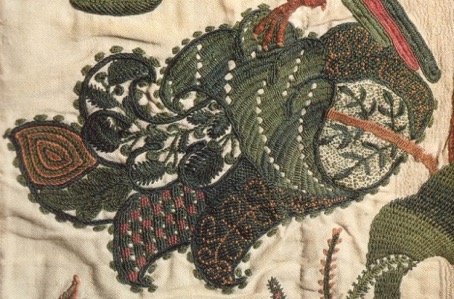 Surface embroidery, on the other hand, is the name given to any type of embroidery that involve the stitches of the pattern being laid on top of the fabric or canvas (i.e. on the surface of the fabric). To be more precise, this is more of an umbrella term, rather than a distinct category of its own, as we can include everything that is not counted-thread work or needlepoint. Generally, it doesn’t include a grid and it can be used with a variety of fabrics.

Here are the most well-known embroidery techniques that we at Patra have used in the past.

Foundation Fabric: Any type of fabric (linen, cotton or silk)

Characteristics: X-shaped stitches formed to make a picture. Threads are counted in each direction, so the stitches are uniform size and appearance

Foundation Fabric: Linen or Cotton. Main colours of the fabric white and off-white.

Characteristics: X-shaped stitches formed to make a picture. Threads are counted in each direction, so the stitches are uniform size and appearance. 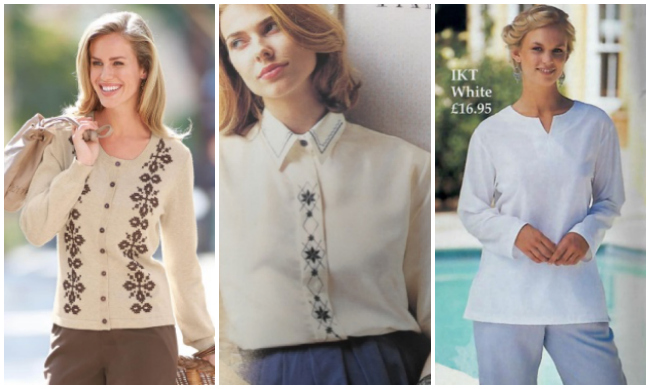 Foundation Fabric: Linen or Cotton. Main colours of the fabric white and off-white.

Characteristics: White thread on white fabric. Employed to mimic French techniques of around the 1800s

Foundation Fabric: Linen or cotton. Colour of the fabric doesn’t matter, but generally white or off-white

Characteristics: A type of cutwork. Threads from the cloth are removed, while the rest are grouped together to form different patterns 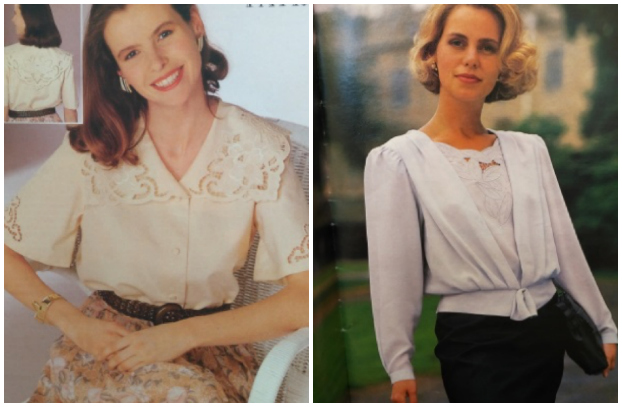 Foundation Fabric: Linen or cotton. Colour of the fabric doesn’t matter, but generally white or off-white.

Characteristics: Pieces of fabric in different shapes and patterns are sewn or stuck onto a large piece of fabric to form a picture or pattern 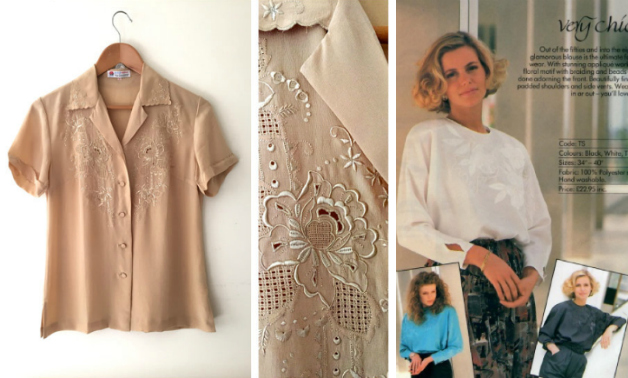 Examples of Surface embroidery from past Patra catelogues

While this list illustrates the most important distinction between types of embroidery, there are other distinctions to consider, such as the region of the world the embroidery originated from (broderie anglaise, bargello, Berlin), how they are used (home furnishings, clothing, etc.), or the threads used to make them (silk embroidery, wool embroidery, cotton embroidery).

Silk embroidery is a true art form, originating in China. We also feature this method in our Patra range, such as on this silk knit top.

In the Spring/Summer Collection 2018, we will be featuring even more embroidery. Our pretty cotton embroidered shirts and dresses, in a variety of textures, are sure to feature on your “to buy” list next season.