Whether you’re on set or on the sofa this winter, we have breathable thermals to suit you

As the nights draw in and the weather gets colder, indoors or outdoors, staying warm becomes a top priority. The trick is adding that extra layer without also adding bulk. If you’re out exploring in the snow, or relaxing in front of the screen this winter, our selection of lightweight, hypoallergenic thermal layering options and loungewear are ideal for both warmth and comfort.

If running around outdoors isn’t your style at this time of year, then a cosy night in front of the television still gives you all of the action, without the exertion – but spare a thought for the actors and crew working on chilly film sets, often in sub-zero locations.

Over the years Patra has supplied comfortable and lightweight silk thermals for many acclaimed films and TV series. Our baselayers are ideal for actors and film crew working in these locations, as they offer superior warmth and comfort, while also being versatile, and do not restrict movement. Silk, with its fine, soft and breathable qualities, makes the perfect material for this purpose.

Snuggle up in silk

Those who prefer to snuggle inside during the colder months can also reap the benefits of our quality thermals while catching up on favourite TV shows and films with our comfortable, skin-friendly loungewear and sleepwear. If you’re stuck for something new to watch during the upcoming long, winter nights, we’ve put together some of our favourites that have left their mark on modern TV. 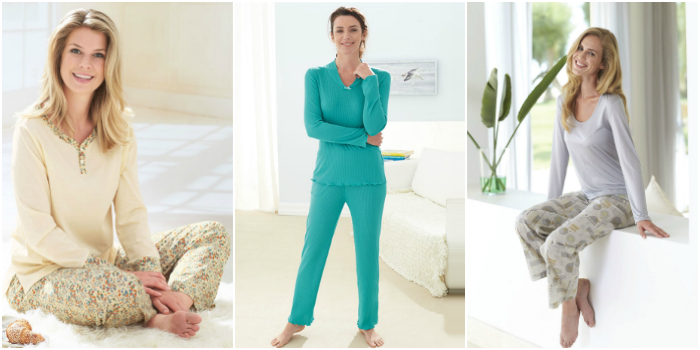 When it was first broadcasted (back in 2014) not many people knew of the story or the writer, Diana Gabaldon. However, the wild landscape of Scotland and the two protagonists, Caitriona Balfe and Sam Heughan got us hooked and now it has become an addiction! Told in two interconnected parts, the first in 1945, and the second in 1743, it tells the story of Jamie and Claire, and how they have overcome their enemy (played by an extremely good Tobias Menzies), the Jacobite risings and the fact Claire is out of her time. Overall, a well-directed TV series and a marvellous costume designer.

Poldark is the well-known adaptation of historical novels by Winston Graham, now broadcasted by the BBC. The main protagonist, Aidan Turner, has a loyal fan following, which has led to the continuing success of the TV series. Based in Cornwall, featuring incredible views of the coast and superb costume designing. It’s a gripping story that reveals the class divisions of the time – the late 18th century – and the complex relationship of Ross Poldark with his wife Demelza, his cousin’s wife Elisabeth and his enemy George.

Hugh Boneville and Maggie Smith star in the 1920s story of the fictional Yorkshire country estate of Downton Abbey. It depicts the lives of the aristocratic Crawley family and their domestic servants, and became a worldwide sensation, receiving critical acclaim. Between 2010 and 2015, it was a topic that everyone was discussing and was interested in. The exterior shots were beautiful, while the costume department managed to enhance the experience of the era through our TVs. It was a sad day when the series ended, however we can watch and re-watch them now.

Harry Potter and the Deathly Hallows

It was the penultimate film in the series of Harry Potter, and in our opinion, is one of the best. The ultimate battle between Harry Potter (Daniel Radcliffe) and Lord Voldemort (Ralph Fiennes) has just begun. The pace is excellent and makes for an enthralling film for all the family. The scenario is gripping, while the outside shots and costumes are nothing but striking. 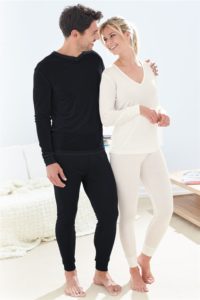 Essential baselayers for every purpose

Our baselayers benefit people from all walks of life. Whatever your plans for this winter, whether you are on set, trekking in the Arctic or snuggling on the sofa, our silk, silk blend and bamboo-cotton baselayers offer durability, comfort and warmth during chilly winter days and nights. And now with the introduction of our silk-modal range, they are more affordable and modern than ever.