From Navy uniform to a canvas for self expression: the rise of the classic tee

We’ve all got one – easy to wash, easy to wear – regardless of age, gender or status most of us own a casual tee.

This much-loved item of clothing started life more than 100 years ago, and ever since its early days it’s grown in popularity to become a universal go-to wardrobe essential. And over the years it has metamorphosed into far more than just a piece of clothing – emblazoned with slogans, characters, brands and bands – the T-shirt became a simple way to make a statement without saying a word.

The origins of the T-shirt stem from 1913; during the Spanish-American war, the US Navy issued them as undergarments. They are still very popular in the States today for this purpose.

Called a T-shirt because of the way it is shaped like the letter ‘T’, this natural, usually cotton-based, item of clothing was an obvious choice for military use – hard wearing yet breathable. 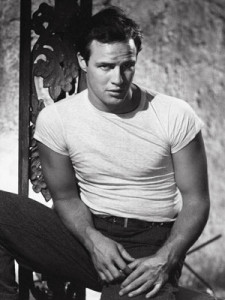 The word ‘T-shirt’ became part of the American English vocabulary in the 1920s – the first to add it to its official list was the Merriam-Webster dictionary.

It wasn’t until a few years later, during the 1940s, that wearing a t-shirt as outerwear became a more common sight. In 1951, the T-shirt made its first known cinema debut in A Streetcar Named Desire. Marlon Brando, in his white tee and leather jacket catapulted the look into mainstream use. 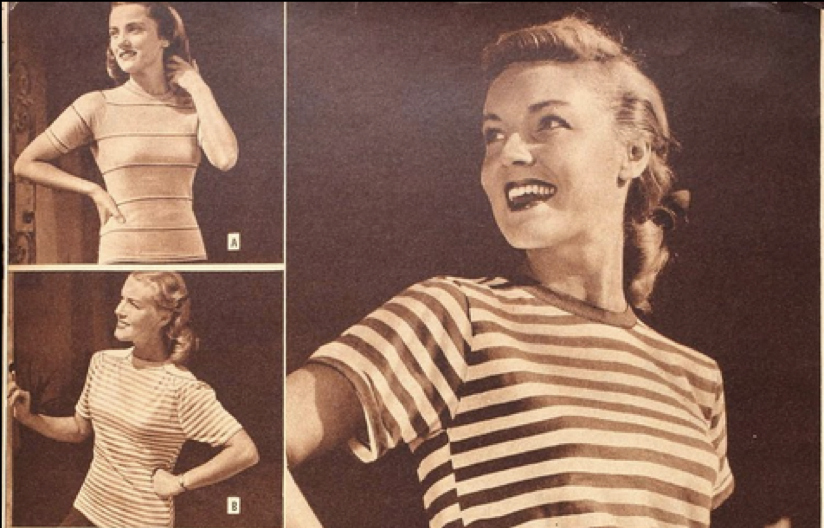 During WW2 women took on many roles previously designated to men, and with more manual tasks to tackle, clothing began to cross the gender divide. The Sears catalogue from 1945 shows t-shirts aimed at women. Actresses like Katherine Hepburn also made the fashion for traditionally male attire more popular.

In the 1950s the Miami-based company Tropic Togs bought the rights to print Disney images on T-shirts. It became the first business to produce t-shirt advertisements. Its success paved the way for many brand logos and slogans to be printed onto tops. From Nike’s ‘Just Do It’ to cute Hello Kitty, many businesses cashed in on T-shirt advertising, both as a product in its own right and as an effective way of generating greater brand awareness.

Been there, done that, got the t-shirt

In the 1960s bands quickly embraced this advertising trend by printing their artwork on T-shirts. Fans now had the opportunity to express their musical tastes by wearing clothing showcasing their favourite groups – and, of course, the music industry found a new revenue stream.

From political statements to music preferences and popular brands, T-shirts have been used as way for people to express their personal opinions ever since. 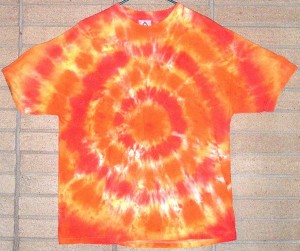 The late sixties and early seventies were famous for the hippy movement and along with it came a whole new range of colourful clothing. The tie-dyed T-shirt was a staple for the generation who loved all things handmade. With a few knots, dye and plenty of salt you’d have your very own custom-coloured T-shirt.

A modern take on a traditional tee

At Patra, as much as we love a classic tee we also know that sometimes you want the comfort and easy-to-wear benefits of a t-shirt but with a little more luxury and style.

Our tees – in rich cotton as well as clever blends of silk, linen and bamboo – deliver just that. Soft and versatile, they can be worn every day but always add a touch of elegance to an outfit.

Our Essential Silk Knitted Tee is made from interlocked pure silk. With flat seams and a higher neckline, this original true T-shirt style delivers perfect comfort. This Pure Silk Noil T-shirt is perfect to travel with, it’s your go-to T-shirt – packing to nothing and resisting creasing, our silk adaptation is a notch up from a regular cotton T-shirt.

T-shirts have come a long way from their early Navy days; back then it would have been hard to predict that they would to become such a powerful tool of advertising and allegiance in a way that no other item of clothing has.

Whatever your style, from a sophisticated silk tee to an ancient and much-loved concert souvenir, there is a t-shirt for us all out there.