Patra explores the secrets of kimonos

At Patra we have long standing relationship with silk – working with it to make beautiful garments and appreciating its quality as a fabric. We also enjoy delving into the history of fabric and learning about the culture that lies behind clothing. So, when we found out that the V&A had a new Kimono exhibition running, we just had to go and take a look.

There has always been an interest in Oriental techniques and materials, and an exhibition taking place at the V&A pays a lovely tribute to the national dress of Japan, the kimono. The exhibition consists of three parts: a little bit about history of the kimono, how the Japan-West relationship was influenced by this garment and a modern take on the kimono. This exhibition shows a great appreciation of Japanese culture and explains how  the kimono is not just a garment of a bygone era; rather an article of clothing that is as fashionable today as it was some centuries ago. It also explores all the little details of the kimono that have been incorporated into numerous pieces of modern clothing, making it as timeless as it is modern. 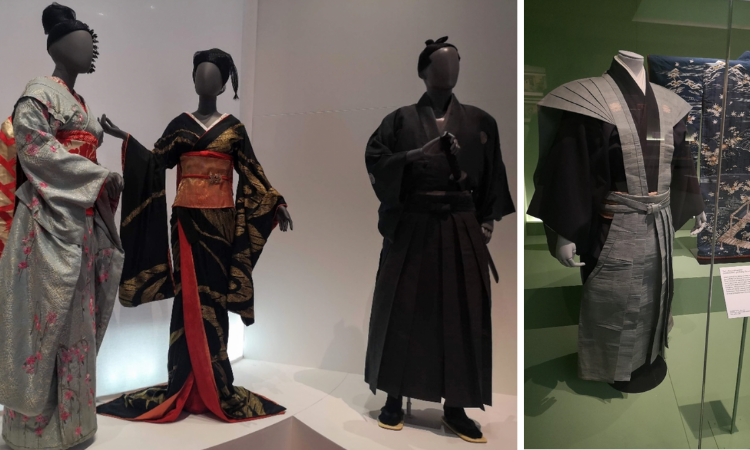 The History of the kimono

The kimono is a T-shaped, wrapped-front garment, usually worn with an obi belt, traditionally made of silk, silk brocade and satin weaves. Originally, kimonos were suitable for any kind of weather; they could be worn in layers to provide warmth in winter, while lighter-weight kimonos made of linen, cotton or ramie were comfortable in summer. This is what helped them become a part of Japanese people’s everyday lives. And despite the fact that members of the upper ruling class started dressing in kimonos, their use was actually spread by the merchant class.

Both men and women could wear kimonos, the only difference was the colours; in general, cool and muted colours, such as grey, black or navy worked for men, whereas woven patterns, embroidery and other decorations were for women. Even the pattern of the kimono was significant, as it was indicative of the season. For example, a pattern with butterflies or cherry blossoms would be worn in spring, while in winter designs would include bamboo, pine trees or plum blossoms.

While for the most part Japan was considered a “closed country” that limited foreign exchanges, the Dutch East India Company was permitted to trade in the country and brought fabrics to Japan and shipped kimonos back to Europe. During the 19th century, kimonos swept through the European and British world of fashion and people couldn’t get enough of them! From Paris to London and Amsterdam, women fell in love with the exotic designs of the kimono and started wearing it at home and outside. Exports of the kimono increased, the straight lines and draped form of the kimono were a major influence on British and European designers, like Poiret and Vionnet who drew on the straight-cut style of the kimono. 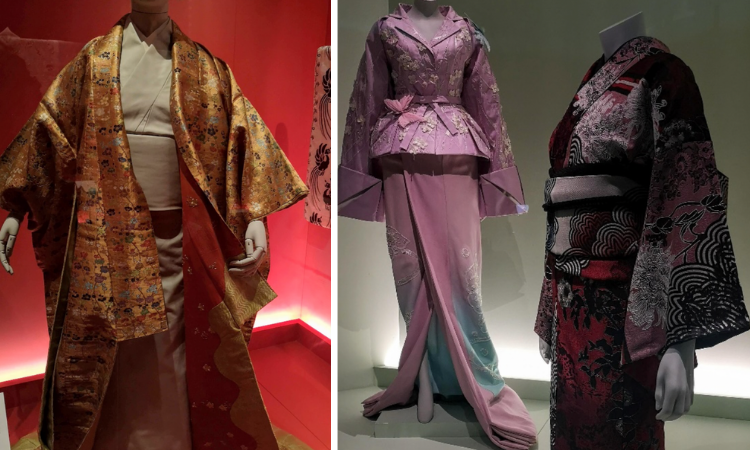 Modern takes on a traditional garment

While European fashion started to take notice of the kimono and the Japanese textile industry modernised by making fashionable clothing available to more people than ever before, boundaries blurred and the kimono ended up being admired by many, all over the world. By the early 20th century, designers abandoned the corseted, highly-structured styles for less tailored layers that draped over the body. This also influenced Japanese fashion, where the cut of the garment remained traditional and at large unchanged, but the designs were modern. 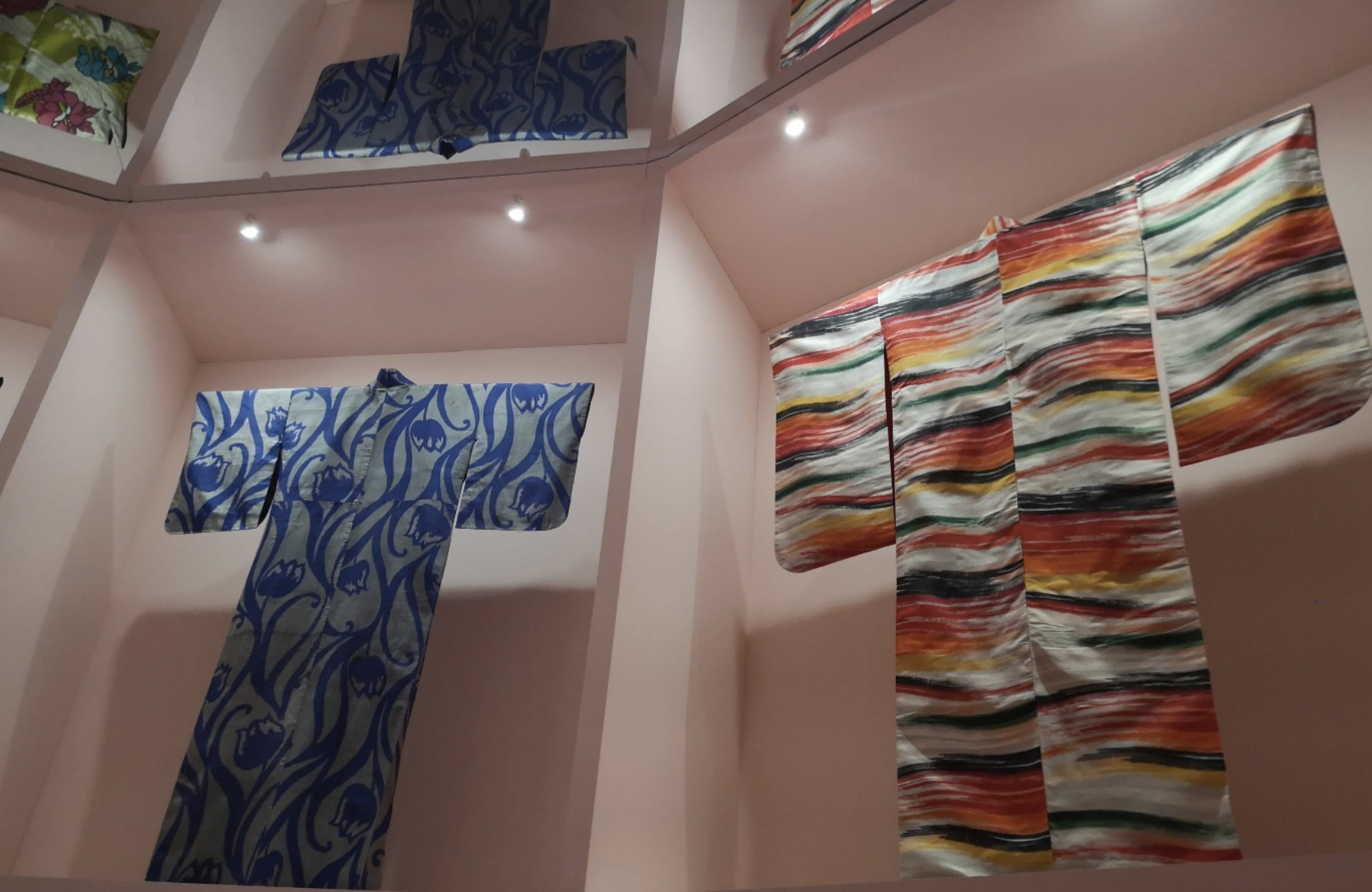 Stability and modernisation, past and future exist side by side in Japan and this is what the V&A exhibition really shows. The kimono as a garment is the perfect example of mixing together the past and present, while influencing European fashion significantly.

It comes as no surprise that from the 18th century up to the present day, one of the biggest impact the kimono has had on western fashion is the dressing gown. The slightly adapted sleeves and its lightly-quilted look were as much parts of a Western dressing gown back then as it is now. 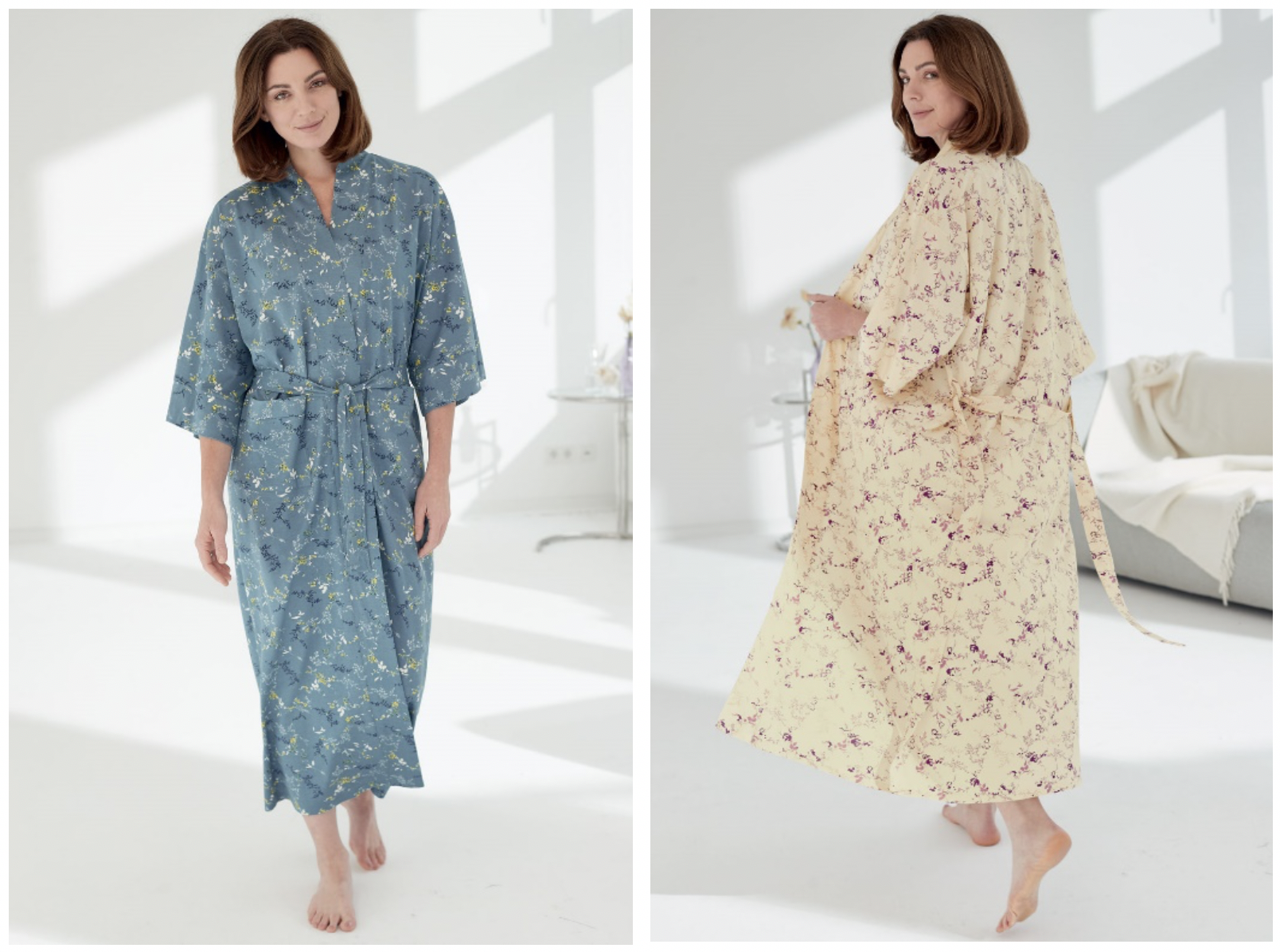 At Patra, we  have also taken inspiration from oriental fashion and the Japanese kimono by incorporating some details on our dressing gowns. Our robes have kimono sleeves, which are loose and comfortable. And by keeping to the same breathable fabrics – like silk and cotton – that the original kimono was known of, our dressing gowns are the best thing to wear inside the house.

Browse our selection of robes and dressing gowns here