Patra looks back at another memorable twelve months

As another busy year draws to a close, the Patra team take a moment to look back on 2018. If you’re anything like us, you may well have had enough of hearing about Brexit and conflict that so often fills the news. So, we’ve put together some good news snippets, to share some of the highlights of 2018 and also to remember those we sadly had to say farewell to this year. 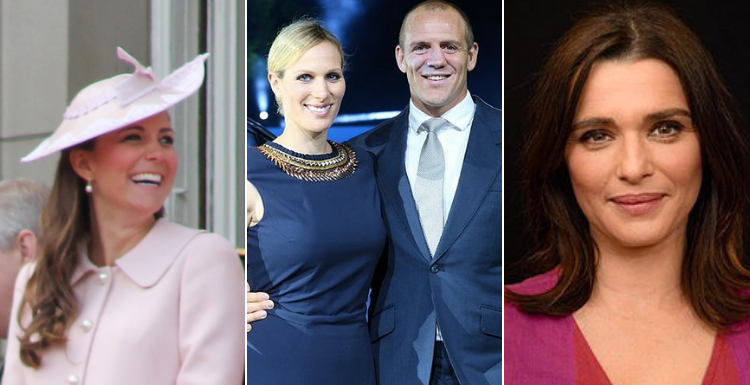 (Left to right) The Duchess of Cambridge, Zara and Mike Tiddall and Rachel Weisz

The Royal family has had plenty to celebrate this year as it welcomed two new arrivals. On the 23rd April, The Duke and Duchess of Cambridge’s son Prince Louis of Cambridge was born. Then two months later, Mike and Zara Tindall announced the birth of their daughter Lena Elizabeth. Not quite royals, but very close to the royal family, Pippa Middleton and James Matthews’s first son Arthur was born in October. And of course we couldn’t talk about royal babies without mentioning that just two months ago Prince Harry and Meghan announced they are expecting a child, bets are now being placed on possible names and gender!

The stork has been busy at the homes of other famous couples as well. Actors including Hugh Grant, Rachel Weisz and Daniel Craig, and Eva Longoria all welcomed new members to their families this year.  For presenter Chris Evans and also singer Enrique Iglesias, it wasn’t just a single bundle of joy – both had twins this year! 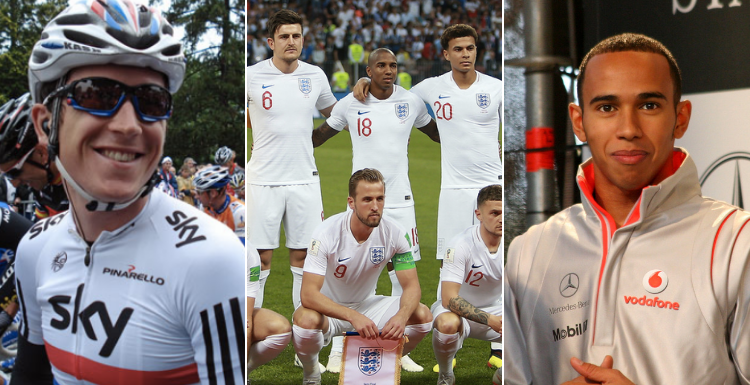 2018 has been a good year for sport, and one that saw the UK play an important role once again. The summer saw the UK go football mad as England got all the way to the World Cup semi-finals, for the first time since 1990.

Yet again, racing driver Lewis Hamilton won the Formula One World Drivers’ Championship, making it his fifth time as champion in this competition.

This was also the year that Welshman Geraint Thomas stormed to victory at the Tour de France for the first time. Geraint also went on to win the BBC Sports Personality of the Year. 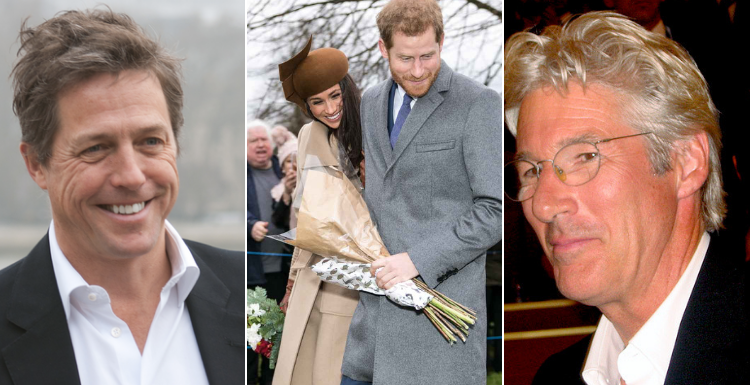 There was one wedding in 2018 that, in terms of media coverage, celebrity attendance and Royal grandeur, overshadowed the rest. On the 19th May Prince Harry married Meghan Markle at St George’s Chapel in Winsor Castle. The service was attended by an array of royalty and famous faces alike – including George Clooney, Oprah Winfrey and Sir Elton John. In October the royal family returned to St George’s Chapel to celebrate the wedding of Princess Eugenie of York and Jack Brooksbank.

And after years of saying he’d never marry, actor Hugh Grant, aged 57, finally settled down and wed 39-year-old Swedish TV producer Anna Eberstein, in a very low-key casual service in London. And hopefully it will be a case of third time lucky for Richard Gere, who got married for the third time this year to Spanish activist Alejandra Silva.

Some of the world’s leading creative talents sadly passed away in 2018. Amongst them was a great singing talent, Aretha Franklin, the queen of soul, who sadly passed on this year. During her lifetime Aretha sold over 75m records and won 18 Grammy awards. And in September we said farewell to American acting legend Burt Reynolds, who shot to fame in the films Smokey and the Bandit and Boogie Nights.

At the age of 21, Stephen Hawking was diagnosed with motor neurone disease, doctors expected him to live for only two more years. He proved them all wrong, not just outliving this diagnosis but going on to become one of the greatest physicists of our time. Stephen Hawking died this year at the age of 76 at home in Cambridge.

The world of fashion also lost some shining stars this year. The iconic French fashion designer Hubert de Givenchy died at the age of 91. Famous for working with the likes of Audrey Hepburn and launching the careers of John Galliano, Alexander McQueen and Julien Macdonald. Kate Spade, whose designed handbags are treasured by many, also sadly died this year.

Without a doubt, those that have left us will not be forgotten, as their legacy, in their fine work lives on, for us and future generations to enjoy.

On the 23rd June this year, news broke that 12 young boys and their soccer coach were trapped in a cave in Thailand. The world held its breath for the following two weeks – hoping for a miracle. Against all odds, including the fact that some of the boys couldn’t swim, the whole team were brought to safety.

In July the Royal Air Force celebrated its 100th anniversary with a spectacular flypast, including some of the RAF greatest planes, such as the Spitfire and the Red Arrows. Thousands of RAF service men and women paraded along the Mall, witnessed by the Queen and the Prince of Wales.

We hope you’ve had a wonderful 2018 and have enjoyed reading some of this year’s highlights. Seasons Greetings from all of us at Patra and best wishes for 2019!