Patra is proud to be a sponsor of the Himalayan expedition – providing pure silk thermals and bamboo-cotton baselayers for team leaders and a bursary to one young explorer, Rebecca Hopkins.

During August, the British Exploring Society’s 3-week and 5-week mission to the Indian Himalayas was underway. The trek is a popular one for the BES – this being the third consecutive year that it has taken place. After getting ready for the mission back in March and April, leaders and team members were ready to tackle any adversities during this physically and mentally demanding trek.

The British Exploring Society is a personal development charity based in the Royal Geographical Society building in Kensington, London. It gives young people an opportunity to unlock their potential through ambitious and adventurous expeditions. By testing and exceeding their limits, young people are encouraged to collaborate – learning more about themselves and the world in general. The opportunity to participate in a trek such as this one can be a fascinating study of people, cultures and scientific observation.

When approached by the charity for support, Patra was happy to help. We have donated silk thermal baselayers for trek leaders, and have been following their progress in preparation for this adventure of a lifetime.

The expedition to the Indian Himalayas 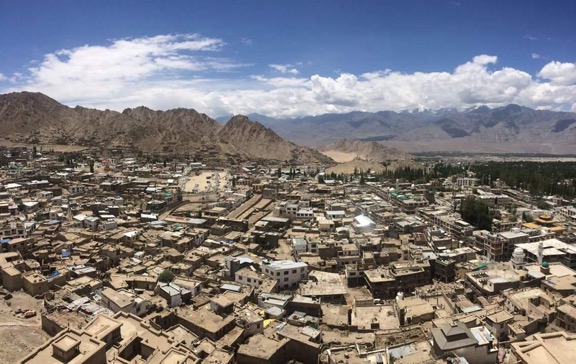 A panoramic vista of Leh

After arriving in Delhi, the members of the expedition travelled north to Leh, the capital of the Ladakh region, where the mission officially started. From there, the young adventurers and the team leaders have trekked through the mountain range of the region and have also done rock climbing. Teams have visited Hemis National Park – one of the biggest Indian national parks and a wealth of biodiversity.

With training in ice climbing, the young explorers were also able to traverse glaciers – an amazing opportunity as the glaciers found in the area of Indian Himalayas are some of the biggest outside the Poles. At above 5,000m altitude, the members of the expedition had to quickly relocate their basecamp after encountering yaks and even a bear! 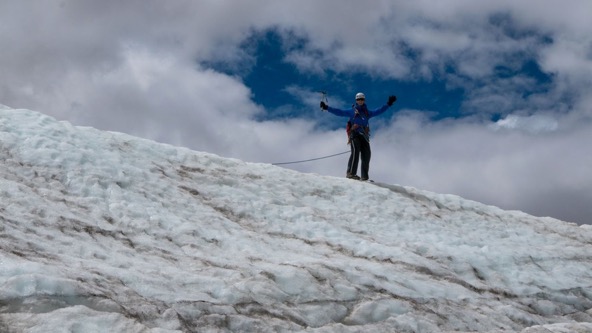 It wasn’t all about connecting with the environment though; the expedition afforded trekkers the opportunity to experience the hospitality of the Ladakhis, and even attend a local wedding. This is significant from a cultural perspective, as they immersed themselves in the reality of the people living in the area, who are often isolated due to the altitude and the remoteness of their villages.

The effectiveness of Patra baselayers during the expedition

As expected, cold and heavy rain was following the teams as they were ascending the mountains. The weather was not the only problem that the explorers encountered though. High altitude, especially over 5,000 metres, causes health problems closely related to blood pressure and respiration. In these circumstances, our Patra baselayers are necessary. 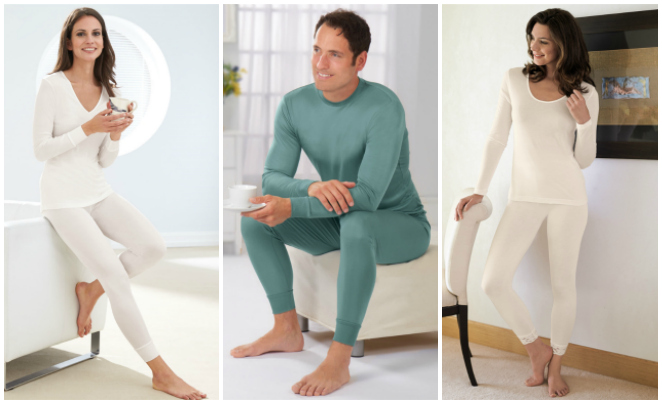 The pure silk thermals expel moisture, so they feel comfortable to the skin and dry quickly. They are not bulky, so they are great for layering in cold temperatures. Silk thermals, unlike synthetics, allow the skin to breathe and regulate the body’s temperature, keeping you warm as the temperature falls.

The other type of thermals that were trialled is the new blend of bamboo-cotton. This blend, while sharing properties of the pure silk range, is also antibacterial. When you are travelling for days without access to a washing machine, baselayers that stay fresh for longer can be extremely beneficial. Both bamboo and cotton are natural fabrics. They keep the wearer warm and are skin kind, due to their hypoallergenic properties.

Both the pure silk and the bamboo-cotton range are great layering pieces – they feel comfortable and are lightweight. Their natural fibres do not cause textile allergies to people with sensitive skin so often associated with synthetic materials. 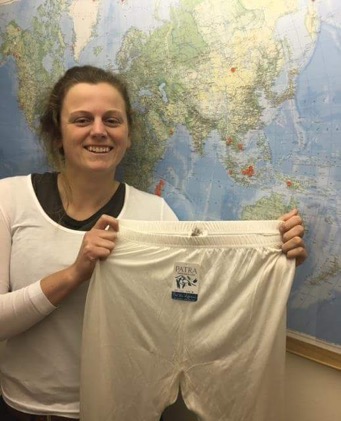 Patra endorsed the Himalayan expedition by providing sets of baselayers for all the leaders and a bursary to one young explorer, Rebecca Hopkins. Commenting on the bursary she said “An experience such as this does not come around very often, and having the opportunity myself to do something as amazing as this means a lot. I know I will definitely be using this experience as a motivator for both myself when times get tough, as for others to inspire them to do more.”

The reception of our baselayers and the bursary was glowing and we look forward to hearing all about their experiences and Rebecca’s stories of her adventure. Without a doubt, it will be fascinating, so keep your eyes peeled!